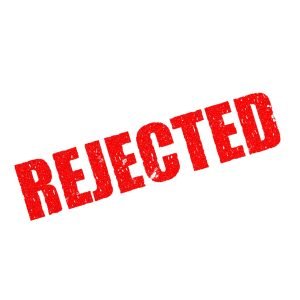 AREEA welcomes an interim decision of the Fair Work Commission (FWC) in which it refused to grant a request by a non-bargaining representative to be heard in relation to an agreement approval application.

Almost three weeks after Macmahon Contractors Pty Ltd (Macmahon) lodged its application for approval of the Macmahon Byerwen Agreement 2017 with the FWC, the CFMEU requested copies of the application form and supporting statutory declaration from the FWC.

At the time of requesting these materials the CFMEU advised it had concerns about the content of the agreement and sought to be heard.

The CFMEU acknowledged that it did not have any members employed by Macmahon who were involved in the making of the agreement and as such did not have a ‘right, interest or legitimate expectation’ that it be heard on procedural fairness grounds.

However, it sought to be heard pursuant to section 590 of the Fair Work Act 2009 (Fair Work Act), which provides that the FWC may inform itself in relation to any matter before it as it considers appropriate.

In support of its application to be heard, the CFMEU submitted:

Macmahon objected to the CFMEU being heard in relation to the agreement application.

Commissioner Williams found that there was no compelling reason why the FWC should exercise its discretion in favour of allowing the CFMEU to be heard in this matter.

“In this case the vast majority of concerns raised by the CFMEU are whether the agreement passes the BOOT… and satisfies section 186(2)(c) regarding the NES and have arisen from a desktop comparison the CFMEU has undertaken between the agreement and the relevant modern award and the NES,” the Commissioner said.

“There is no suggestion the CFMEU wish to call their own witnesses whom have knowledge of particular facts relevant to the application.”

The Commissioner went on to say that the absence of a contradictor is the most common situation the FWC deals with in agreement approval applications and is no way abnormal or inconsistent with the Fair Work Act.

“This absence of a contradictor of itself is not sufficient reason for the Commission to exercise its discretion and allow a union that was a stranger to the bargaining process, to be heard over the objections of one or more of the parties to the agreement.”

Where an employer and its employees have reached a genuine agreement they should not face additional delays and costs caused by interference of a stranger to the bargaining process.

Further, there is no justification for involving a representative whom employees had specifically decided they did not want to represent their interests.

AREEA’s view is that there are already sufficient and thorough processes in place to ensure the pre-approval steps are met and the employees are better off overall under the agreement than they would be under the relevant modern award.

For advice and assistance in the agreement making process, including pre-approval steps and compliance with the BOOT, contact an AREEA consultant at your local AREEA office.