Ensuring Integrity Bill on back-burner until end of year 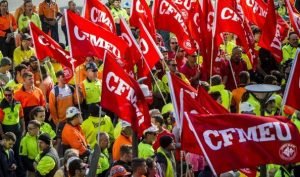 The delay follows Minister for Industrial Relations Christian Porter introducing and passing the Bill through the Lower House of Parliament on 4 July.

The Senate Education and Employment Legislation Committee will now undertake an inquiry into the legislation, handing down on a report by 25 October before a likely vote in November.

“The Morrison government makes no apologies for upholding the rule of law and cracking down on lawbreakers – particularly those who refuse to address longstanding and repeated law-breaking behaviour,” Mr Porter said in a Fairfax Media article.

The Government was cautious of the Ensuring Integrity Bill gaining sufficient crossbench support when introduced in 2017, however there is more confidence it can secure the necessary support of four out of six crossbenchers in the new Senate.

“AREEA is hopeful that the 46th Parliament of Australia, including the new Senate Crossbench, will take a sensible approach to reforms; reforms intended to protect everyday Australians from corruption and unlawfulness by those they entrust to represent their interests,” AREEA chief executive Steve Knott said.

“Containing balanced, reasonable and necessary steps to begin to lift the standards and behaviours of all registered organisations to better meet community expectations, the measures address failing public confidence through higher governance and reporting standards.

“Further, the Bill would ensure governance and accountability of Registered Organisations and their officials more closely aligns with that applying to companies and their directors under Australian corporations law.”

Pressure is on the Labor Party to pass the Bill with Opposition Leader Anthony Albanese moving to expel CFMMEU official John Setka from the ALP for well-documented misconduct, who later sought an injunction to stop his expulsion.

However, reports suggest it is almost certain the ALP and Greens will oppose the legislation.

The Australian Council of Trade Unions has publicly said the proposed laws are “fundamentally unfair” and the Labor Party’s Shadow Minister for Industrial Relations Tony Burke said he still has “significant problems with this bill, which will ultimately hurt ordinary workers”.

AREEA and its members have long backed the measures within the Bill and have continually restated the group’s strong support to new Minister for Industrial Relations Christian Porter.

The changes brought about by the Ensuring Integrity Bill are necessary to disincentivise law-breaking and remove recidivist offenders from holding positions of office within Australian registered organisations, including both trade unions and registered employer groups.

Specifically, the Ensuring Integrity Bill would:

AREEA will be providing a submission supporting the legislation as an effective legislative deterrent to the unlawful and inappropriate actions of trade unions and their officials.

Submissions close on 29 August 2019 and can be made here.