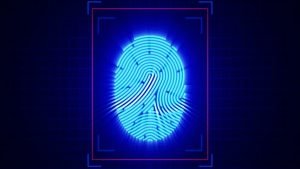 A full bench of the Fair Work Commission has delivered a significant decision that found a Queensland sawmill employee was unfairly dismissed for refusing to provide his fingerprints to record his attendance on site.

The appeal decision overturned the earlier single member decision of Commissioner Hunt, who had dismissed the employee’s application on the basis he had refused to follow a lawful and reasonable workplace policy.

The company advised employees it would introduce the new system and directed employees to provide fingerprints to register their attendance using the scanners. A new site attendance policy was also introduced.

The applicant in this case, Mr Jeremy Lee, had worked for Superior Wood since November 2014. He immediately objected to the use of the biometric scanning software and, between November 2017 and his dismissal in February 2018, repeatedly refused to provide his fingerprints and use the system in the course of his employment.

Following several discussions with management to try and resolve the issue, Mr Lee was eventually dismissed for his repeated failure to comply with the site attendance policy.

Proceedings in the FWC

In his initial unfair dismissal hearing, in which he represented himself, Mr Lee explained his refusal to use the fingerprint scanner was due to privacy concerns and the fear his biometric data could be shared and misused.

The company argued the new scanning technology was essential to address a number of errors in the payroll function arising from the old manual time-keeping systems, an issue exacerbated by recent growth and acquisitions that required system consolidation.

After considering extensive evidence from multiple parties, Commissioner Hunt dismissed Mr Lee’s application, finding he had defied lawful and reasonable directions from his employer which resulted in his dismissal.

He argued to the Full Bench that once his biometric data had been digitised it was difficult to prevent third parties from misusing it. He also claimed that he “owned” his biometric data, which is classed as sensitive information, and could not be forced to provide it without his consent.

The Full Bench rejected Mr Lee’s argument that he “owned” his biometric data, however found Superior Wood’s direction to Mr Lee to consent to provide his fingerprint data was not lawful on privacy grounds.

It found Superior Wood had contravened its obligations under the Privacy Act by failing to have a privacy policy in place and not providing a collection notice to employees about how their sensitive information was being held.

The Full Bench was concerned that Superior Wood did not have a privacy policy in place when the technology was introduced, nor did any of the other entities that were accessing the data, including the payroll provider.

The Full Bench concluded Superior Wood’s direction to Mr Lee to submit to the collection of his fingerprints was not lawful given the company had failed to meet its obligations under the Privacy Act. It therefore found a valid reason for Mr Lee’s dismissal did not exist, and ordered the matter be remitted to Commissioner Simpson on the question of remedy.

With employers increasingly looking to new technologies in the quest for process efficiencies and safety outcomes, this matter has gathered significant attention as a potential test case on the right of employers to mandate the use of biometric scanners in the workplace.

Employers need to consider the interaction of new technology and privacy obligations when determining an appropriate method for capturing attendance for timekeeping purposes. With advances in technology, employers will look for opportunities to work more efficiently and take advantage of systems and processes that will reduce the cumbersome administration of compliance activities.

It is important for employers to understand their obligations when collecting and handling employees’ personal and sensitive data for employment purposes.

The Australian Privacy Principles set out the framework for handling, using and managing personal information. There are more stringent obligations on the collection of sensitive information which includes information about an individual’s health, membership of a professional association or trade union, biometric information and biometric templates.

More information about the annualised salaries review and the new timekeeping requirements can be found in this AREEA factsheet.

For advice on complying with privacy laws, lawfully collecting employee data, or any other workplace policy or procedural matters, contact an expert AREEA consultant near you.