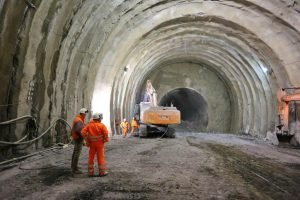 AREEA examines two recent decisions of the Fair Work Commission (FWC) arising from the resources and energy industry, both concerning the termination of employment following a serious safety breach.

With differing outcomes turning on a subjective consideration of ‘harshness’, these cases highlight the difficulties faced by resources and energy employers when considering appropriate action following a serious breach of workplace health and safety policies.

Harding v MMG Australia Limited (6 February 2018) involves an applicant who was employed at an underground polymetallic base metals mine.

At the time of dismissal, the applicant was responsible for performing primarily ‘charge-up’ activities, which relate to the use of explosives for blasting in the mines.

The applicant was subject to a random drug test at the mine, which returned a non-negative result for cannabinoids.

Following a thorough investigation, the applicant was dismissed for serious misconduct contrary to a number of MMG Australia’s policies and procedures, including its drug and alcohol and fitness for work policies.

The applicant admitted to smoking marijuana while socialising with friends a week prior to the test, but said he had privately undertaken a drug test at home the day before returning to work, which had returned a negative result.

Commissioner Lee found there was a valid reason for dismissal, and endorsed MMG Australia’s zero-tolerance approach.

“The workplace was one where safety critical work is involved. Consistent with the decision in Sharp, I consider the policy of the respondent to enforce a zero tolerance approach to be lawful and reasonable”, Commissioner Lee said.

Commissioner Lee also found that the dismissal was not harsh, unjust or unreasonable. In considering harshness, the Commissioner said:

“The seriousness of the conduct of the applicant, and the fact that he had the option of self-disclosure open to him weigh heavily in the consideration that the dismissal is not disproportionate.

“The fact that the applicant has had an unblemished work history and there will be some impact on him and his family if he is to not secure work in Tasmania, along with the fact that the respondent failed in a number of respects to apply the Australian Standard inconsistent with its own policies, weighs towards a finding that the dismissal is harsh.

“However, in all of the circumstances of this case, those factors do not outweigh the seriousness of the conduct of the applicant.”

Brain v Nystar Hobart Pty Ltd involves an applicant who was employed as a Plant Operator at a large-scale zinc smelter before his dismissal for a serious safety breach.

Deputy President Barclay found that there was a valid reason for dismissal.

“…had the applicant been given an opportunity he would have been able to give further information in respect to, and emphasise that:

The Deputy President proposed to order reinstatement and has asked to hear from the parties before deciding whether to order compensation or back pay for the period he was not at work.

The FWC’s interpretation and application of the unfair dismissal provisions of the Fair Work Act continue to be a growing area of concern for employers, and a focus area of advocacy for AREEA’s policy reform efforts.

Of particular concern is the increasing trend of tribunal members to reinstate and/or award compensation, despite finding the employer had a valid reason to terminate employment.

With discretion and the option to reinstate at the hands of an FWC member, it is critical to ensure a thorough process and consideration prior to acting on a termination, even for safety reasons in a safety critical workplace.

AREEA’s strong position on health and safety matters is that policies and procedures are in place so as to protect workers, customers and the general public from serious injury and death. It is the employer’s responsibility to ensure safety on site and therefore our strong view is that employers should have greater confidence in the FWC that they will be backed for taking a ‘no tolerance’ approach to serious safety matters.

Given the delicate nature of disciplinary measures, and the possible dismissal action that sometimes follows, AREEA members are encouraged to seek advice before effecting dismissals in their workplaces.

Contact your local AREEA office for assistance on such matters.