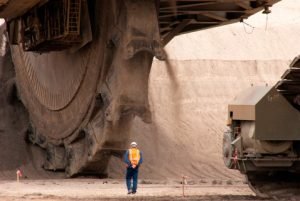 AREEA examines a recent case which essentially held that an employer has the legal right to direct an employee to attend specialist appointments and can take action to lawfully dismiss if the employee fails to comply with those directions.

A FULL Federal Court has upheld the dismissal of a BHP coal employee who refused to see a company medical practitioner, backing Justice Collier’s decision of Nov 2015 that the company acted properly.

In the most recent decision in this long-standing matter, involving a boilermaker who injured his shoulder during and outside work hours, the Full Court clarification reinforces the rights of employers where there is genuine doubt regarding fitness for work.

“The primary judge was correct to find that no error, jurisdictional or otherwise, was made by Commissioner Spencer and the Full Bench in deciding that the directions to the appellant to attend the medical appointments were authorised under s 39(1)(c) of the CMSH Act,” Justices Dowsett, Barker and Rangia, stated.

In 2015, Grant v BHP Coal Pty Ltd (No 2) [2015] FCA 1374, Justice Collier of the Federal Court upheld the Fair Work Commission’s finding that the employee, who was dismissed in 2013, had not been unfairly dismissed in circumstances where the employee failed to comply with a reasonable and lawful direction by the employer.

The employee had worked at Peak Downs mine as a boilermaker since 2003, then pursued four separate proceedings in the Fair Work Commission and the Federal Circuit Court for unfair dismissal.

A full write-up on the background can be found here.

All held (including the Full Court) that the dismissal was not unfair and that it was lawful and reasonable for BMA to seek further specialist advice to ensure that the employee was not exposing himself and others to an unacceptable level of risk and satisfy the statutory obligations on BMA in accordance with s 39(1) (c) of the Coal Mining Safety and Health Act 1999.

AREEA members are often faced with this scenario where there are competing WHS statutory duty of care obligations and medical evidence which is often presented in isolation without any knowledge or reference to the job site or the inherent requirements of the job. AREEA members often retain specialist occupation physicians who undertake comprehensive Functional Assessments taking into consideration the job requirements.

It is pleasing that all decisions related to this longstanding matter reaffirmed the contractual right to direct an employee to attend a medical examination, provided the direction is lawful and reasonable in the circumstances.

Cases of long term absence particularly where it is demonstrated that there is little or no possibility of resuming full pre-injury duties in the short or long term can be very complex and potentially pose a risk on multiple legal fronts. These include workers compensation, general protections (adverse action for a prohibited reason) unfair dismissals and even discrimination and breach of contract. These claims can be pursued in both state and federal tribunals.

AREEA can assist in managing these complex cases and providing advice prior to taking action. It is ‘good insurance’ to seek the advice of AREEA prior to acting and to properly manage the employee by keeping in regular contact with them even if they are not at work.