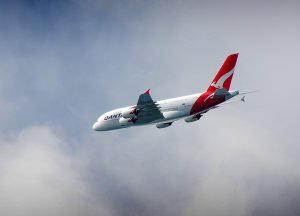 IN A four-year long matter that has attracted significant attention, a Full Bench of the Fair Work Commission has upheld Qantas’s termination of a flight attendant who stole alcohol from the cabin and mislead the resulting investigation.

The Full Bench decision overturns the original finding of Deputy President Lawrence that while there was a valid reason for termination, dismissing the long-term employee was harsh. DP Lawrence’s decision attracted some controversy due to the $33,731, or a half year’s wage, awarded to the former employee.

The applicant, who had been a Qantas flight attendant for 28 years, was dismissed after a small amount of alcohol was found on him during a random search of the crew.

He initially advised the alcohol had come from a hotel where he was staying with his wife, but investigations showed the premises did not stock the items in their fridges.

The man was dismissed for breaching Qantas’ company policy, and argued that the dismissal was disproportionate to the offence and in the circumstances was harsh, unjust or unreasonable.

Qantas counter-argued that the relationship of trust had been broken and could not be repaired. It was alleged that the applicant did not make ‘full disclosure’ during the investigation process.

In his single member decision of 23 November 2016, Deputy President Lawrence supported Qantas in its dismissal action, yet still awarded the man compensation after considering a range of his personal circumstances including that the former employee had 28 years of ‘unblemished’ service to Qantas, his age of 50, a recent car accident involving him and his daughter, and recent surgery that necessitated four months’ off work.

In making his decision, Deputy President Lawrence concluded that:

“The Applicant was dismissed because he stole Qantas property and because he gave a false explanation, which he subsequently changed during the investigation. It was a small quantity of alcohol but Qantas has strict policies about theft of such company property. This is entirely understandable.”

Lawrence DP ultimately came to the view that there was a valid reason for termination, but given the employee’s circumstances dismissal was harsh, and ordered Qantas to pay the applicant $33,731 in compensation for wages lost.

The Full Bench was satisfied with the finding that the ‘applicant removed the alcohol from the aircraft and that the applicant misled the respondent during its investigations, despite his knowledge that the respondent strictly prohibits such conduct.’

The Full Bench thus agreed with DP Lawrence’s finding that there was a valid reason for termination.

However, despite further empathising with the ‘personal, family and financial circumstances of the applicant’, the Full Bench disagreed with DP Lawrence’s finding that the dismissal was ‘harsh’.

While DP Lawrence’s original finding that the dismissal was harsh was overturned by the Full Bench, this case is a further example of how the tribunal may still award compensation to sacked employees due to ‘harshness’, even where it finds there was a valid reason for termination.

AREEA’s position on unfair dismissal matters is that personal circumstances of an applicant should not be considered relevant in determining harshness when there was found to be a valid reason for termination.

AREEA is seeking reform in relation to matters like this where employers are shown to be within their rights to terminate an employee for valid reasons and still exposed to penalties.

Reforming unfair dismissal provisions of the Fair Work Act, and creating a new, separate appeals jurisdiction within the Fair Work Commission are both key priorities for workplace relations reform being advocated by AREEA on behalf of the resource industry.