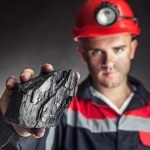 In a judgement that could see more than 30 retrenched coal miners win their jobs back, the Federal Court has reinstated two employees at Anglo American’s German Creek mine who were made redundant immediately following 100 days of protected industrial action.

In late November 2016, Anglo subsidiary Capcoal wrote to 47 employees at the Central Queensland coal mine advising them of their redundancy, effective immediately. The redundancies came during protracted bargaining for a new enterprise agreement that included 100 days of protected strike action, commencing from late August.

Capcoal argued that the strike action had caused an ‘unplanned delay’ in production that precipitated the redundancies. It was further reported by resource analysts that the strike action had revealed ‘operational efficiencies’ that could see Anglo save $40 million over three years through management action that included reducing its workforce by 83 positions in total.

On November 4, the CFMEU, which represented 33 of the first round of retrenched workers, attempted to block the redundancies by seeking orders from the Fair Work Commission that a) Capcoal ‘not terminate the CFMEU members by way of redundancy’; and b) Capcoal provide a written apology to the CFMEU and its members for ‘capricious or unfair conduct’.

The CMFEU’s application was dismissed by Deputy President Asbury, on November 25, who stated in her decision that she was not satisfied that freedom of association or collective bargaining would be undermined by Capcoal’s action, as asserted by the CFMEU.

“I do not accept that the proposal and the resulting decision to dismiss employees by way of redundancy is because members of the CFMEU had taken, or were intending to take, protected industrial action,” Asbury DP said.

The Deputy President also said that there were ‘risks’ to both parties in taking strike action.

“For employees, the risks include that protected industrial action will cause damage to the employer which will have a permanent or long-term impact or an impact that results in a review of its operational requirements and a consequential restructuring.”

Following the CMFEU’s unsuccessful application for orders, the union and two of the affected employees commenced proceedings in the Federal Court of Australia alleging Capcoal had contravened the adverse action provisions of the Fair Work Act.

The remaining 31 employees who were CFMEU members would have their cases pursued through an appeal of Deputy President Asbury’s decision, to be heard by the FWC Full Bench.

In an interim decision, Federal Court judge Anna Katzmann found there was ‘reason to believe’ that the ‘process of assessment’ for redundancies was influenced by the fact the employees were on strike, and thus was ‘not bona fide’.

Katzmann J noted that the company’s nominated decision makers for redundancies had ‘little, if any opportunity’ to assess or view evidence of the work of the employees being made redundant prior to being notified of their redundancy.

She also said there was no evidence to suggest that before the protected industrial action that there was any issue with the quality of the applicants’ work.

“Consequently, I accept the applicants’ submission that there is an available inference from the evidence that the value of the employees to Capcoal only diminished after they became involved in union activities and, in particular, the protected industrial action,” Katzmann J said.

Further evidence that ‘tipped the balance of convenience’ in the CFMEU’s favour was that of the nine employees made redundant from the mine’s coal washplant, seven were CFMEU delegates and all had been replaced by labour hire employees or contractors.

She concluded the union had a ‘strong case’ and ordered the two employee’s reinstatement pending final determination, expected in March.

The Federal Court Judgment is a disappointing outcome for resource industry employers following what was a highly favourable initial decision of FWC Deputy President Asbury.

Asbury DP’s original decision drew parallels with a previous decision of the Federal Court which relied on the principles established in the High Court ruling on the Barclay test case.

Ultimately, Barclay confirmed that determination of whether prohibited adverse action had occurred should come down to an objective assessment of the evidence of the decision-maker as to their state of mind, intent or purpose.

Therefore, in the FWC proceedings Asbury DP was satisfied that Capcoal’s intent or purpose was not to retrench striking employees to reduce the union’s influence over enterprise bargaining, but rather to take advantage of operational efficiencies and savings identified as a side-effect of the strikes.

However, on the CFMEU’s application to the Federal Court, Judge Anna Katzmann was not satisfied that the evidence of the decision makers in the Capcoal redundancies showed that the redundancies were not linked causally to the protected industrial action, and therefore the redundancies may be in breach of the FW Act’s adverse action provisions.

With the application on behalf of two retrenched employees viewed as a test case for the remaining 31 employees made redundant by Capcoal, the favourable decision may encourage further applications in the Federal Court on this matter.

For more information on this matter or for general information about your legal responsibilities in pursuing redundancies or workforce restructuring, contact AREEA’s specialist Workplace Relations Team via 1800 627 771.